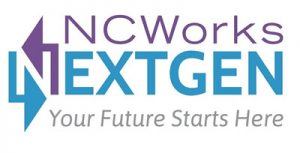 NCWorks NextGen Programs provide the best possible opportunity to find a job and keep it for eligible youth between the ages of 16 – 24! Working with your local NextGen Program, staff members can help you learn to set and accomplish goals, understand how to be a responsible employee, and start down a solid career path with a promising future.